Thank you for joining us to day for another Author Interview. Today I am with Sherri Hayes who does have an impressive line up of books already.  I thank her also for taking some time with us as new releases can be a hectic time. So lets get started! 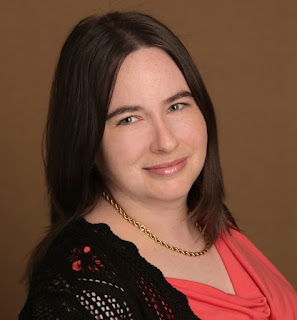 Facebook
Amazon
Twitter
Goodreads
Gina: What is your favorite thing about being an Author?
Sherri: I love interacting with my readers and hearing how my stories affect them.
Gina: What genre of books are you inspired most to write about?
Sherri: I like writing about the present day with characters my readers can relate to, so all my books are contemporary romance or BDSM romance.
Gina: Do you plot you’re books or let them lead you?
Sherri: I usually have a rough idea in my head as to where I want the story to go, but that's about all I do in the way of plotting. On the whole, I allow the characters and the situations push the story forward. It's like watching a movie in my head that I then put down on paper.
Gina: I never write down plots either. I go so far off them when I start to write.
What is something you do when writing that keeps you going?
Sherri: If I'm stuck, I either go for a walk or I put on some classical music. It helps me focus and think through the story and where it needs to go next.
Gina: I usually go for a drive or plot ideas when I drive.
What is your inspiration for the current book or series you are writing?
Sherri: Seducing Janey is a spin off of my novel Crossing the Line. Janey Davis was a supporting character in that novel and I knew after finishing it that I wanted to give her her own story. I just had to figure out who would be her ideal match and how I wanted to introduce them. Deputy Kyle Reed was exactly the hero I was looking for.
Gina: I love spinoffs!
Have you had any trial or errors that has cost you in becoming an author?
Sherri: Not really. I sort of fell into being an author. It was never a goal of mine growing up. In fact, if you would have told me in high school I would become a published author, I never would have believed you. My author journey has been a steady learning process for me.
Gina: What made you decide to write and publish then?
Sherri: I wrote my first story because I was upset with the writers of a TV show. They killed off the main characters love interest, so I decided to write my own alternate ending giving them their HEA. After that, I wrote some Twilight fan fiction while working on what is now my novel, Strictly Professional, an office romance set in Chicago. In 2010, a small publisher contacted me. They'd read some of my fan fic and wanted to see if I had anything I was interested in publishing. I sent them Strictly Professional and two weeks later they offered me a publishing contract. They rest, as they say, is history.
Gina: That sounds awesome! I am glad you found your passion even later in life.
Do you have another author who has given you advice or encouragement?
Sherri: I've learned a lot from Melissa Storm and Jenna Merici. Both authors have a marketing background and share their knowledge and experience with other authors. Melissa helped me learn how to do Facebook ads and Jenna is a whiz at book launches
Gina: What goals have you set for yourself for the next year?
Sherri: I'd like to publish two books next year, which is something I haven't done for the last three years.
Gina: What do you want readers to see or feel most when it comes to your stories?
Sherri: I want readers to be able to relate to the characters and to become invested in their story.
Gina: Is there any juicy tidbits you can give us about your next book release?
Sherri: Seducing Janey is the first book in a new series. It's a sexy small town romance with a nice murder mystery thrown in. Here's a little sample.
Once her feet were on the ground, Kyle crowded closer, pressing her back against the edge of the seat. There was heat in his eyes—heat Janey desperately wanted to tap. She slid her palms up his chest and cupped the back of his neck with her right hand. That was all he needed. He grabbed hold of her hips with so much force it took her breath away. Then his lips were covering hers and the thought of breathing went out the window altogether. Kyle molded her body to his as much as their clothing would allow and wasted no time darting his tongue between her parted lips. He ran his hands up the length of her back and then down over her ass. She wanted his hands everywhere. He was breathing hard when he finally broke the kiss. “I’ve wanted to do that all day.”
Gina: Thank you for that.
Sherri: You’re welcome and thank you for the interview.
Gina: That does it for this interview. Be sure to check out Sherri Hayes new book, Seducing Janey that has just been released. I personally am looking forward to reading it. 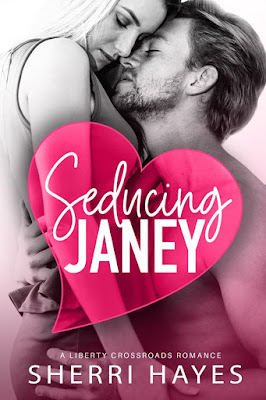 It feels awe-inspiring to read such informative and distinctive articles on your websites.
Sex Dating