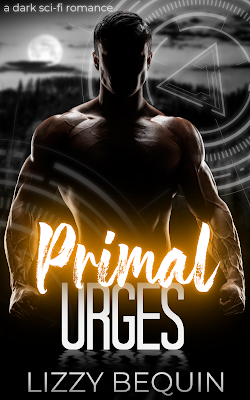 See more
⭐️⭐️⭐️⭐️🔥
This book was very animalistic and I am sure that is what the author was going for. A little over embellishing in certain aspects but defiantly an entertaining read. It was suspenseful and erotic, that sent a burning arousal through me as I read. I little violent in the physical act but I got that it most likely would be early on.
I like how this plays out in the wilderness of Canada. For a short story, its focus was completely on the two main characters which I think is a good idea. It switched narrations between him and her often and I saw one or two places where it was off a little bit in that area. You felt the animal in him from the beginning but I didn't see it in the female until well, let's just say she went into heat. Then you saw how strong she really was.
Playing with genetics to make the ultimate solder you should know things are going to go bad for the scientist and they do. Just in time also as he saves her and so many others. I love the end where it shows them years into the future and just having a short conversation with their kids. That their life did turn out to be happy ever after as we all love.
Posted by Gina Manis

This is one of the most important blogs that I have seen, keep it up!
Live Cam