Amanda Gulledge is a new author and this is her first release. She could use some reviews for her new book. I have it on my list but can anyone else help her out? 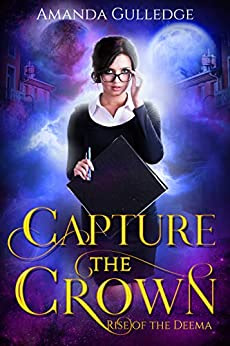 Amazon
Planet Celph has been traveling the galaxy and mining planets for centuries all while playing their ancient game of "Capture the Crown." More than a century ago, Celph stumbled across Earth, and attached their interplanetary portal smack dab in the middle of a college campus in Midland, Florida. The Celph Royals have captured the hearts and wallets of Planet Earth.
This paranormal romance features a drug-addicted Feema Queen, a romance she'll do anything to destroy and a sexy Deema species she's determined to beat.
Adventure and romance await. Who will capture the crown?
Posted by Gina Manis