New Release of the day, The Elemental Queen 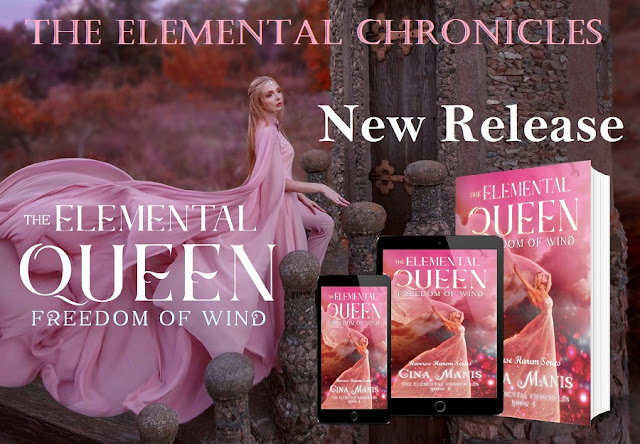 Celine has all the power of the elements as she carries each of their children inside her. Her sacrifice is coming to completion, but she doesn’t want them to be born in a world raging in war.

Her only hope is to follow Lee and give him a chance to claim his crown. With Lindon, the guardian, by their side, they will take on the fierce Fire King, together.

The battle begins before they can even arrive. Clearwater is under siege, and Celine will leave two of the elements behind to protect it. The war can only end once the Fire realm has a new king and queen.

The end is near, and kings will fall as new ones are made. Will Lee be taking his crown, or will it be Brier, his brother?
The deal Celine struck with the Elemental Fire takes a hard twist that she doesn’t see coming. With her kingdom, her kings, and a child in jeopardy, Celine will have to choose to let someone go.

There are no guarantees they will all come out alive in this fairy tale because another sacrifice will have to be made.