An Out of this World Paranormal Romance Series 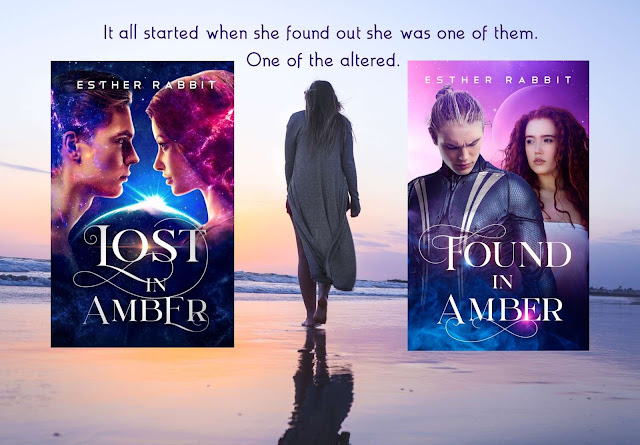 She just wanted to mope over her breakup, but the universe had other plans for Zoey Mills.
Twenty-four-year-old Zoey is at that particular point in her life when everything seems to be going sideways. Over the course of one week her boyfriend breaks up with her and she finds out she’s been genetically altered with enhancements foreign to her world.
Jasper’s first earthbound mission seemed simple enough: clean up the mess the former The interplanetary ambassador left behind, retrieve the altered survivors and capture the scientist who went rogue.
Meeting her changed and challenged everything he’d ever known.

Found in Amber
It all started when she found out she was one of them. One of the altered.
Genetically enhanced to manipulate energy, twenty-four-year-old Zoey and her friends are about to unravel an interplanetary scheme of cosmic proportions. Everyone has an agenda in a power play where the line between friend and foe is blurring.
With everything at stake, love seems to be just another ingredient in a recipe for disaster.