By Alan Austin and Trina Austin
Balance of Power 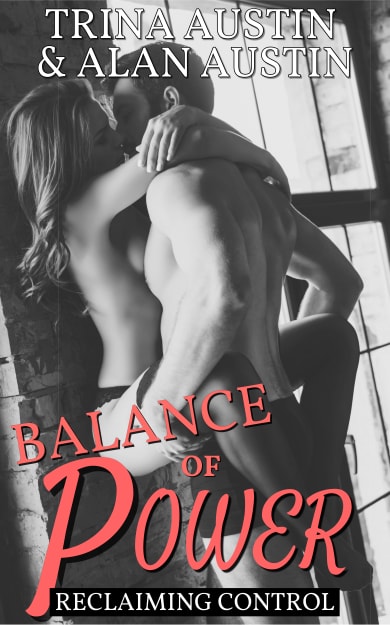 Amazon
What happens when a woman who has learned to control everything to compete in a man's world is shaken by desire?

Lucy is trying to justify her time with Cole after giving up so much of her control, but when she fears that she's been used, will she be able to take control back from the captivating man? Can Lucy muster enough resolve to resist if the strong man pushes her too far? What does she really want? She is going to find out on Monday!

Call of the Vikings 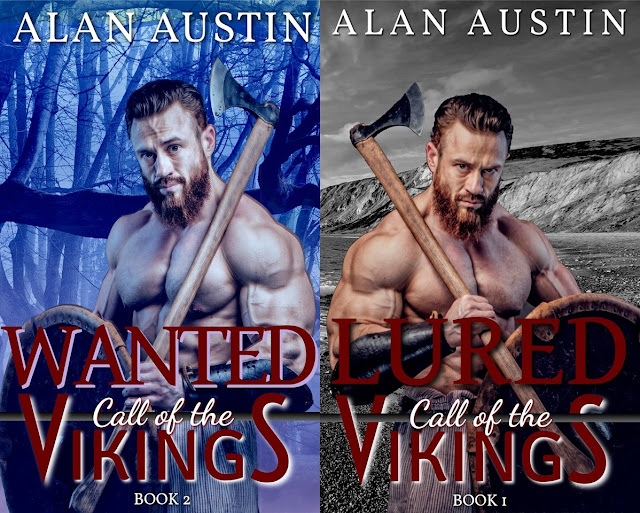 Amazon
Sex may be shunned in the English villages of East Anglia, but the Viking settlers nearby are more than happy to show the women what a real man is capable of and how pleasurable sex can be with the right lover!

The lurid truth of the Vikings comes to light in the tale of Earl Thorstein Bjornson, a Norse settler of East Anglia. His men have been given lands to settle peaceably, but when the women of the nearby villages begin to seek out his men for sexual pleasure, he is all too happy to further shame the weak and pathetic Englishmen in such an exciting way. He himself has never been with a woman in order to fulfill his destiny, but it appears that destiny may come for him in the most unexpected of places.

Hilda is the youngest daughter of a humble farmer in the village who is about to be married after many years looking for a suitable match after her intended was killed in battle. She discovers that something strange is happening in the village at night and goes out into the wilderness to investigate only to come across a scene she could've never prepared herself for. New feelings overcome her and her confusion and arousal compete with the shame of what she'd witnessed and how far it strays from the teachings of the church she is supposed to keep as a good Christian woman! 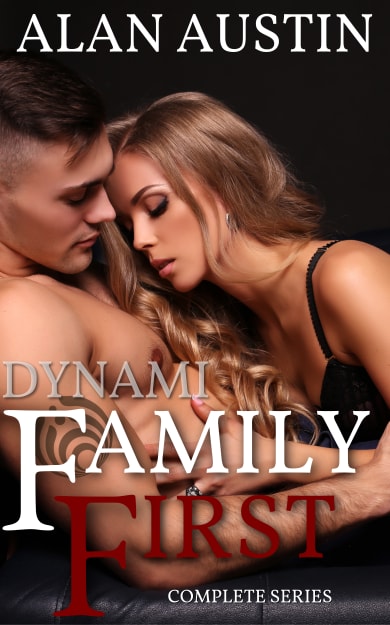 "This book had me so glued to it! I was literally fanning myself while reading the HOT HOT steamy scenes!" - Stephanie Miller
"Love this story! It's an amazing twist of wanting, hope, tension and lust! It is an easy read and will keep you coming back for more of Alan's works! The plot is killer!" - Caitlyn Kirby
"Great read. Good plot. Wonderful characters" - Amazon Reader

Not how most eighteen year old's begin their college experience, but for Troy and Emma Kline, that is exactly what awaited them as they left home for college. The siblings were about to be inducted into a powerful organization that all but guaranteed their long term success in life, but there were things about Dynami and their family's past with the society that neither of them were prepared for.

How will they navigate new feelings, insane sexual experiences, and manage to protect themselves when their parents sins come back to haunt the family so many years later? Only time will tell...

Call of the Vikings.
⭐️⭐️⭐️⭐️⭐️🔥 I've read them both and I am telling you now, you have made me mad. Now I have to wait for the third to find out what happens. An enticing little show of getting it own with a plot I think would make for a great novel.