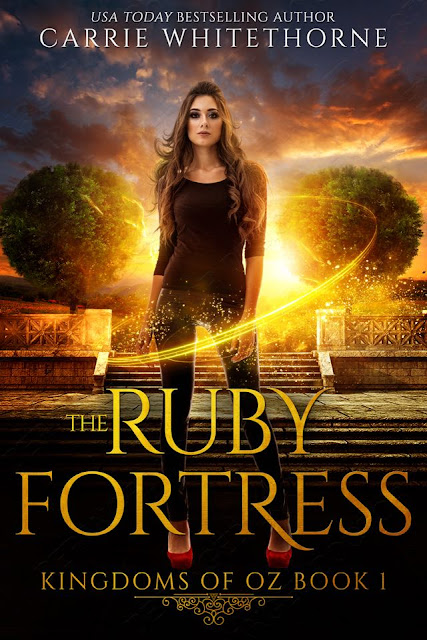 Oz is not what it seemed.

According to Ella, great grandma Dorothy’s stories are just that. Stories.

According to the strange guy in a suit waiting for her after work, Oz is a real place with real problems.
What’s more, Glinda the Good requests her presence, and no isn’t an acceptable answer.

Magically transported to the mystical land of Oz, Ella will learn there was far more to the tales she was told as a child.

Her family legacy goes beyond a property in Kansas.
Her great grandmother’s power has passed on to her, making Ella a key player in a war that’s raged for years.

But who can she trust? The Good Witch of the South? Her alluring Steward? Or will new allies be found along the way?

Going home isn’t an option, not when Ella learns the truth behind what happened in Oz all those years ago.
It’s a dangerous game, but with magical slippers, what could go wrong?

Dive into Oz with a harem twist, and experience the land as you’ve never read it before.

In this series:
The Ruby Fortress
The Quartz Tower
The Prism City 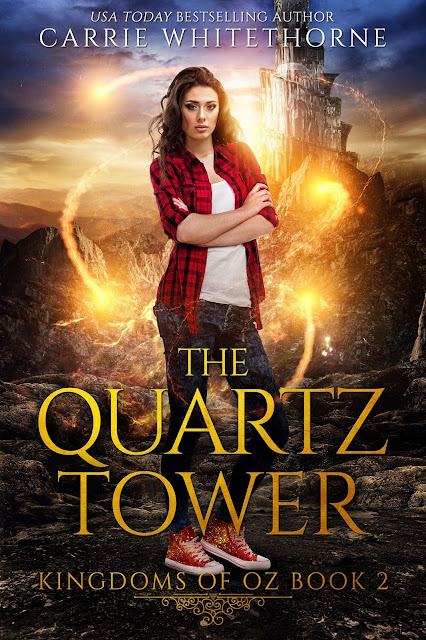 A war that’s only just getting started.
Enemies and allies with hidden motives.
A complicated game where the stakes are higher than ever

Ellana now has control of the Ruby Fortress and the power that comes with it. But two forces want her to take back the Quartz Tower.
The real question is why?

With both witches pushing her to claim her right, Ellana is forced to go to the one place she'd rather avoid.

Meeting more people of Oz along the way, Ella is forced to divulge her motives. And while her new friends appear to trust her, can she trust them, or are they working with her enemies to take her down?

In this series:
The Ruby Fortress
The Quartz Tower
The Prism City

⭐️⭐️⭐️ I love the plot of this story! It was told well and ended well to go into a second book. I give only three stars because I felt it lacking a little in each of the scenes. The action could have been a little more powerful, the magic and powers could have been explained a little better. The passion was needed more intensity. The detail of the different villages and lifeforms within left something to my imagination instead of given to me. I know this doesn't sound like one of my most positive reviews but I did enjoy the story. I liked that one of the main characters didn't talk and communication came from touch. I feel the story has more to offer, more potential and would love to read a revised or updated version. I will be reading her next book.

Quartz Tower
⭐️⭐️⭐️⭐️🏃‍♀️Once again the Kingdom of Oz has not disappointed. This story is getting better as the books go by. My first impression is the mystery that surrounds Sayar now and what is going on with him. A little twist of uncertainty makes a great story and this really nails it in. Nox is a great addition and a little mystery of his own. I like how he is not on team Saya's side. I like that he is a shifter and goes around in shorts all the time. I like that he hasn't showed any real interest in being with Ella. I sure hope they come together in a firework of a scene.
Fallen has her heart and I think is so important even though he doesn't speak. I would like to see a little more of action with him, his character growing stronger even though he already is. He is the middle man and I think in the end, he will rule Oz right beside Ella like no other.