By Jayce Carter
Check out her Author Interview! 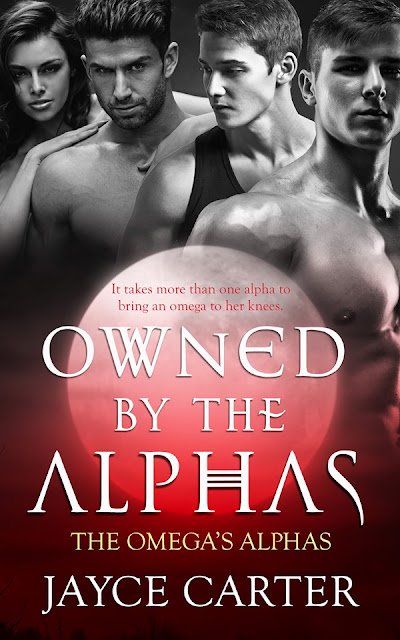 Book one in the Omega’s Alphas series
It takes more than one alpha to bring an omega to her knees.
Claire has sworn off alphas, but when her investigation into the murder of her friend puts her in the sights of not one but three of them, her resolve is tested. Even as she craves their touch, she refuses to fall for them. They can have her body, but she’ll protect her heart at any cost.
Bryce, Joshua and Kaidan don’t want an omega of their own, but they can’t resist the mystery woman who breaks into their office. Her scent, her curves, and her taste lure them, but they want more than just her body. It will take all three of them to play her at her own game and convince her to give them a chance.
As they navigate their complex relationship, Claire’s search for the killer alpha puts them all in danger. Can they come together to face the threat, or will their secrets and fears destroy everything they’ve found? 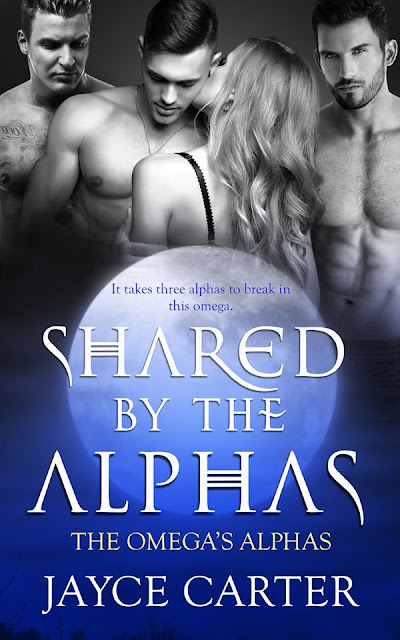 Amazon
Book two in the Omega’s Alphas series
It takes three alphas to break in this virgin omega.
All Tiffany’s attempts to find love have ended in disaster and led to her being a sexually frustrated nineteen-year-old virgin omega sick of overbearing alphas. Her latest failure lands her in legal trouble, and the only way out is to sign a contract with a man she barely knows. While she doesn’t want to give up her freedom, a year of training at the hands of a handsome and dominant alpha is the best of her bad options.
Kieran agrees to take on the wild omega as a favor, not wanting her to end up as property in the system. He never expects to fall for her, but when two other alphas, Kane and Marshall, show up to compete for her affection, he can’t deny how he feels.
These very different alphas have to put their jealousy aside when Tiffany is targeted by an unknown enemy, because it will take all three of them to keep her alive. Even as danger surrounds them, Kieran, Kane and Marshall discover that sharing the feisty omega is more appealing than they’d thought it would be.
Can they work together to protect her from the danger threatening her or will their competition drive away the omega they all crave? 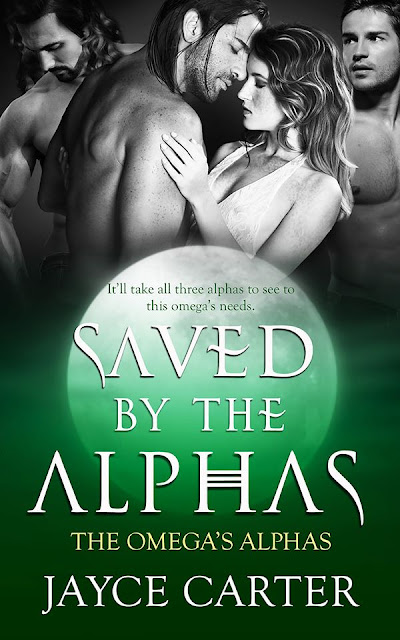 Amazon
Book three in The Omega’s Alphas series
It’ll take all three alphas to see to this omega’s needs.
After getting free from her abusive mate, Tracy wants nothing to do with another alpha. For omegas like her, getting involved with alphas isn’t worth the risk. However, when an old business associate of her mate threatens her, she has no choice but to turn to Sam. The detective is handsome and charming, but Tracy won’t let herself fall for that again.
Five years have passed since Sam fell out of contact with his best friends, Mason and Dylan, but with Tracy in danger, he has to call in both alphas, despite the bad blood between them. Some rifts are hard to mend, and the three face more fractures when they find themselves drawn by the same omega yet again.
Tracy has no idea how to deal with the three alphas, and even as the life they offer tempts her, she resists. They all bear the scars of romance-gone-bad, and the risk of giving in seems too costly. As Tracy and the alphas struggle to stay one step ahead of the men after her and the alphas work to put a broken friendship back together, they all have to fight to move forward. Can they put the past to rest or will it bury them all?

⭐️⭐️⭐️⭐️⭐️🔥 What I like about Claire the most is her independence. The way she helps other women who is like her and will go to all lengths. When I first started to read this book, it went right into some erotic stuff which kind of throws me but then as I read I see why it lead in such a steamy way. The refusal to take an alpha is what I like the best and how the three hunk go about changing her mind. Kaidan is my favorite and his character I think really helps her the most. Bryce is interesting and help bring the heat to the story, and I can picture Joshua as the most amazing flirty hunk. I can't wait to read the next!