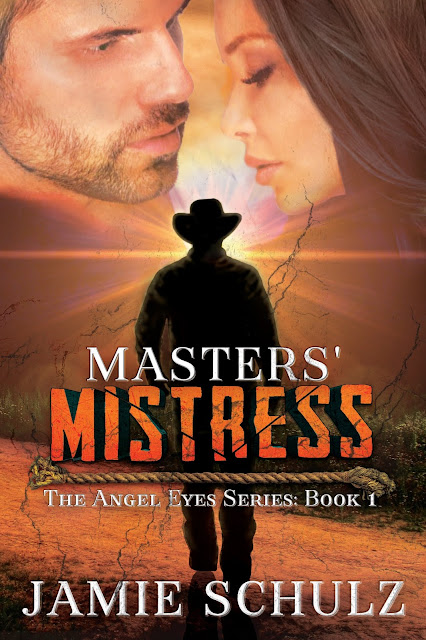 From the award-winning author of Jake's Redemption...


A man bound by chains.
A woman burdened by regret.
Will love set this tortured pair free?


In this nightmarish future where women own men, Bret Masters refuses to serve anyone. But after spending years evading slavers in the mountains of the Pacific Northwest, he’s furious when he’s finally caught and sold. So, although his mistress has a pretty face and deliciously tempting curves, he vows to escape.

Angel Aldridge hides her pain behind fences as sturdy and vast as her ranch. And even though her newly acquired slave is a ruggedly handsome cowboy, she’s not about to let her fantasies endanger the people she swore to protect. But between her always-watching enemies and her wounded heart, she’s reluctant to admit she may need him in more ways than one…

As the two toil side by side, Bret is surprised to discover Angel’s vulnerability and her compassionate nature. And the more time they spend together, the harder she finds it to resist her feelings and to soothe her lonely soul. But when they’re stranded alone together, the barriers between mistress and slave may not be strong enough to withstand their red-hot attraction.

Can Bret and Angel overcome their fears to sow the seeds of lasting love?

Masters’ Mistress is the steamy first book in The Angel Eyes futuristic dystopian cowboy romance series. If you like complex characters, gritty western settings, and slow-burning desires, then you’ll adore this enthralling story.

Buy Masters’ Mistress, Book One of the Angel Eyes Series, to ride into a passion-filled future today!

This book has an HFN ending and opens the door for book 2 of this continuing series. 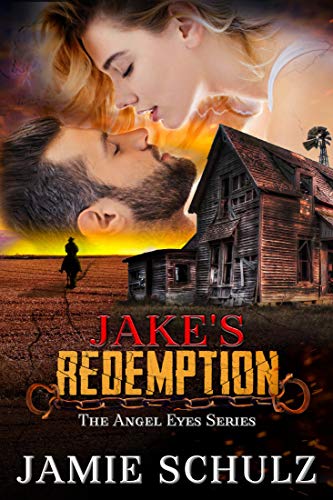 An imprisoned cowboy. An empowered woman. When true love is forbidden, opening their hearts could destroy them both…


Chained and enslaved, Jake Nichols is convinced he’ll die alone. In this new order where men are stripped of all power, he endures brutal torture at the hands of his female captor. But when he’s hired out to build a ranch home for an outspoken beauty, his dreams of escape transform into visions of passion.

Monica Avery struggles to fill her heart in a loveless society. With marriage outlawed and romantic partners reduced to pawns, she’s given up hope of finding her soul mate. But watching the rugged rancher hard at work on her shelter awakens deeply buried desires.

As the project comes together, Monica discovers a kindred spirit in the tenderhearted Jake. But despite their growing attraction, he still belongs to a cruel woman who'd rather see him dead than free.

Can Monica save Jake, or will their love lead to a tragic tomorrow?

Buy Jake's Redemption today to see if love can brighten a dark world!