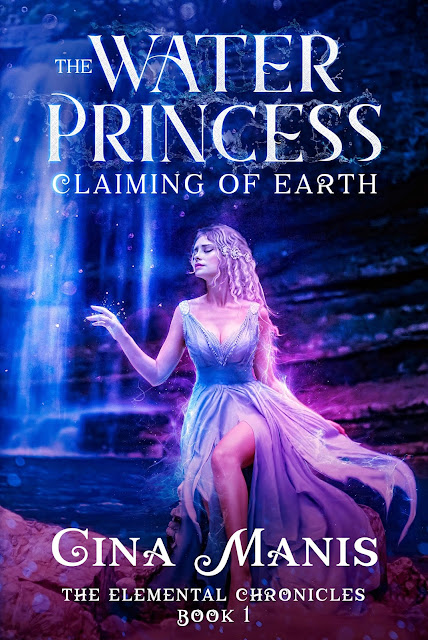 Amazon
Celine is the forgotten princess of Clearwater Kingdom. Cursed by her sister, her powers are locked inside her, and she is hidden far away on the edges of the Earth Realm. The holy lands and nuns with whom she takes refuge, ensure her safety from those who would see her cursed form, including ogres who want her blood.
In a world where there are two kingdoms, Fire and Water, a battle rages, and Fire is winning. The realms are suffering because of the imbalance of power, and it doesn’t help that a Fire Queen sits on the throne in the Water Realm.
All Celine wants is to find her freedom and a way to help her people. She has been a prisoner until one day, she finds her answer. She offers herself up to the Elementals Gods, to help Earth, Wind, and Water defeat Fire. She will unite the three elements and help make them stronger with each a child she bears. In return, they grant her freedom from the curse. She will unite with the three strong, determined elements who come to see her seated on her rightful throne and help make them stronger with a child she bears for each.
Lindon, the Wind Element, is the charmer, with seduction in his breeze. It teases not only her but him. But Tate, the Earth Element, is the one who catches her eyes. She knows him, and had at one time, promised to marry him. For Tate and Celine, it is so easy for them to pick up right where they had left off. Falling in love and experiencing passion for the first time.
The journey begins as soon as she steps foot outside the convent gates. A roar goes off, and every ogre knows she is for the taking. The one she fears the most is Brown, the largest, most persistent, and smartest of them all. He has always been there close by. Watching and waiting.
The danger is all around, and the beasts are coming for her. On the run, she finds herself connecting and drawing closer with her men. It’s not just the ogres that become the threat. Fire Elements are on the rise, and other dangers are lurking in the forest.
Will the Elements get Celine across the Earth Realm alive? And if so, will they all be together when they do? 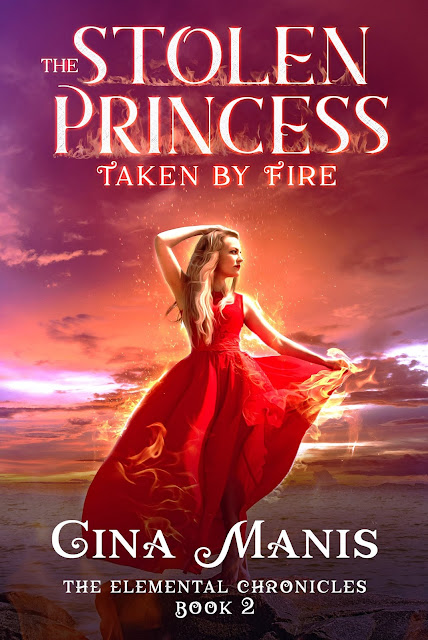 The Fire Element, Lee, has stolen Celine from the others. Celine’s destiny was tied to his first, and unlike the others, he had already risked all and lost. Now is his chance to redeem everything he has lost—his power, Celine, himself.
Celine journeys with Lee reluctantly. She longs to cross this realm and return to her elements—to her tormented Brier, her sweet and charming Lindon, her beloved Tate.
With all hope, she wants them to be at the ocean when she arrives. To be rid of this element, Lee and the memories that they had, and the things he makes her feel.
For Lee, this journey is about one thing. To show her that they belong together. That it was written in the stars by the old mages that Fire and Water would rule together and restore balance to the realms.
Lee’s powers hinder him and are imbalanced. His fire only sparks. His shield doesn’t work if they need protection. The mind-reading is uncontrollable, and Celine’s thoughts of the others are intense with a painful need causing memories of some very passionate embraces. The worst part is when Lee has to use his powers on her. The heated lustful effects they cause in Celine, effect him just as strongly.
Winning Celine’s love and affection will be his challenge. Staying alive will depend on them both. They will have to learn to work together and to trust one another. But a lingering threat lies between them.
Destiny has two sides. In one, there is love, forgiveness, and sacrifice. On the other, it’s darker, painful in its hate where their blood will flow.
Will Celine give up the others for a destiny full of love, or will she keep them and potentially become Lee’s enemy? 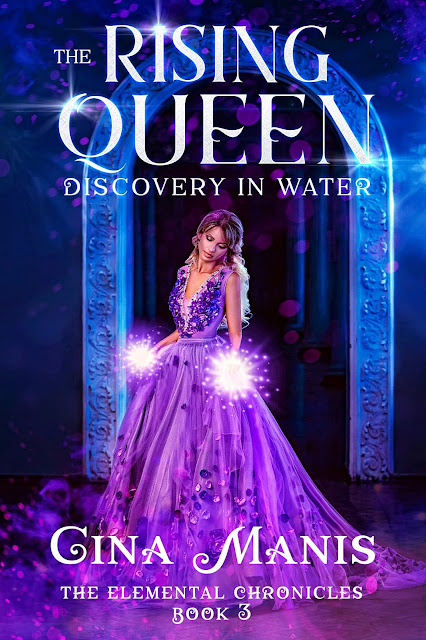 Amazon
Now that Celine has all her elements, it is time for her to rise up. Her throne is within her grasp, and she will take it. She will leave the shadows and step out to learn her powers so that she can nourish the waters for their crops to grow and develop a healing touch to restore her people.
Brier, Lindon, and Tate join with Celine again; only this time, they are joined with the newest element Lee. Only Lee and Brier have a dark past, and all of them will not travel to the Clearwater Kingdom together.
Another Element has joined them, as well. Jacob is undecided where, exactly, he fits. He doesn’t see Celine as the others do, but the more time he spends with her, who she is becomes clear. The feelings that spark between them are real as they begin to see the truth in one another. A truth that leads them into love.
Jacob is there to teach Celine how to use her powers. As her powers grow, their waters start to flow as one. The attraction, the connection it shows them, allows passions to rain down on them, forming a bond that surprises Jacob and Celine both.
The sacrifice is starting to call to Celine. With each element she bonds with, it calls out for another. Lindon is in the shadows, waiting for his bond. Something has been them holding back. But every time they touch, they feel the pull and it is consuming. Pain and the need for comfort draw them together, but they can’t stop with just one touch.
Because the sacrifice was now calling for fulfillment. It wanted all its Elements joined. And a child is on the horizon. 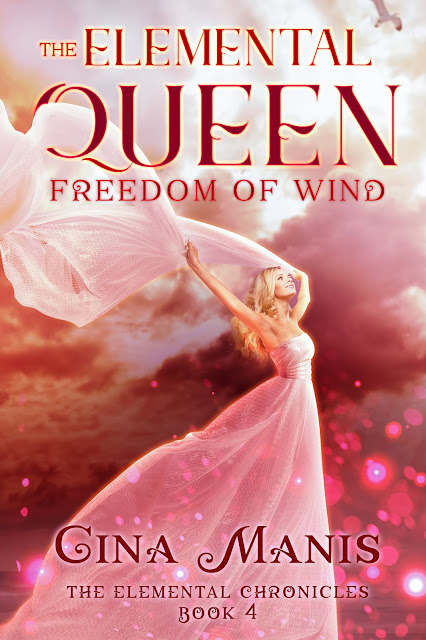 Amazon
Grief-stricken at what she has done, Celine turns to an old friend for help. Alice is there as always to help guide Celine in her rightful path. The young mage is finding her place and is discovering her destiny lies within Celine.
But first, Celine has to confront her elements. Will she confess to them what she has done? The deal she made with the Elemental Fire for her child. Who she sacrifices for her?
This adventure is going to start in the desert, where the Solar Kingdom is becoming dangerous. It is time for Lee to come into his throne. The Fire Prince, Lee, must take on his father. But he can’t do it alone. He needs someone to have his back, and that just so happens to be Lindon and Celine.
With Celine having the ability of all their powers, she is practically invincible. Lindon’s ability to shift and hide from others makes him a great spy. Working with the others is dangerous, while at the same time, Lee deals with his father and all the cruel games he wants to play.
There is pain between Lindon and Celine since their bond. Both agree this may be the time they need to reconnect. To take a step back from the demands of a kingdom's life so that they can find their bond once again.
Arriving in the Solar Kingdom gives them more answers than they bargain for. Lindon discovers who his family is. Celine finds out who Clair is. Will they like the answers?
A contest arises with the Princes’ return. The danger is not the game but the people within it, and it’s not Celine in danger…but Lee.