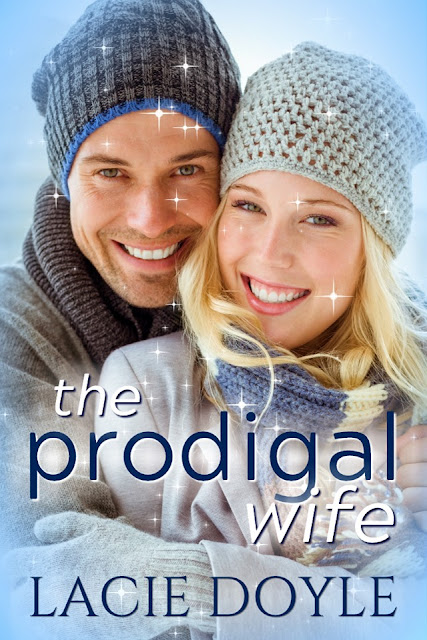 Amazon
Convinced she is a jinx, Robyn Crenshaw walked away from the sexy stranger she had wed in a bout of weakness after knowing him less than 24 hours.  After all, with two dead husbands behind her, a third one would not be a charm.  If walking away from the man she had an instantaneous connection with meant potentially saving his life, it would be worth it.
The one time sensible and level-headed Cade Camden does something spontaneous, it's a big, fat failure, leaving him humiliated and with an absentee wife who hadn't even waited until the wedding night was over before going MIA.  Five months later she finally shows her face again, this time accompanied by annulment papers.
But Cade's not ready to give up on them yet.  He meant it when he said for better or for worse.  So he strikes a deal with her:  Stay until after the holidays, only a month away, and he'll sign the papers.  She has no choice but to agree. But now that he's managed to convince her to stay until after the holidays, can he convince her to stay for the rest of their lives?